The art of writing without writing… about fighting.

If You Win, He’ll Just Go Home and Kick His Dog

One area of real world combat that is rarely- if ever- discussed, is that of the externalities of combat. 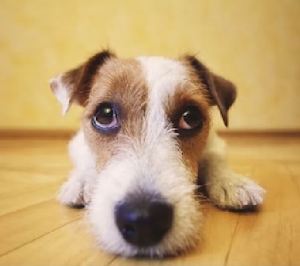 In economics, externalities are those factors and effects outside the immediate, simple, transaction, that affect other parties: When one buys a car, it may seem a simple matter of an exchange of a pile of money for a tangible item- the car. But in fact that transaction has many external, intangible effects. Every sale of every car infinitesimally affects the overall price of all cars, everywhere. And all future transactions, for that matter. It affects gas prices. And it affects the future spending/saving of the purchaser in different ways, that will impact on every other party they ever do business with. It affects the environment.

The act is a stone cast into a pool. The ripples radiate outwards endlessly.

Economists rarely discuss… or even understand externalities. Even less so do martial artists.

In the transaction of combat, there are winners and there are losers. In the ideal situation envisioned by many students of the martial arts, an evil, selfish villain wrongs the righteous young martial artist in a simple, unambiguous way. The young martial artist then exacts a terrible, but one-hundred-percent morally excusable vengeance upon the villain in the form of a memorable beating. The average fan of combat views themselves as a perpetual Daniel LaRusso, crane-kicking the one-sided villains of the world in the face, over and over.

But in this simplistic, self-aggrandizing fantasy, so secretly beloved of so, so many, there is no room for an examination of externalities. One externality is that the villain you’ve just righteously punished will simply go home and kick his dog in an effort to exorcise the terrible rage and humiliation that you have engendered in him through your “righteous” beating.

There can be dreadful consequences to our actions, “justified” or not.

This is a difficult concept to get through to people; that we may not merely have responsibility for our own immediate actions and their instant and visible repercussions, but that we might bear responsibility for *all* the consequences of our actions, those we predict and those we don’t, those we are capable of foreseeing and those that we cannot.

Few people can articulate the most basic moral precept: that we are morally responsible for the predictable consequences of our actions. If you throw a brick at someone, you cannot then claim innocence when that brick hits them on the head and kills them.

Fewer still are willing to go further and entertain the idea that we are responsible for even the *unlikely consequences* of our actions. Surely if you blindly throw a brick out of your window and kill someone, you cannot claim that you didn’t think it was *likely* that it would hit someone on the head and kill them.

Almost no-one is willing to make the mental leap to the final truth: that our actions and inactions have practically infinite consequences, and we are each responsible for all of them, both good and bad. After all, if one blindly throws a brick out of one’s window but truly and legitimately *does not know*, and *are completely ignorant* that a potential consequence of that action is harm to another person, does that ignorance free one of responsibility? Only as a matter of degree.

There are some notable examples of the “He’ll just go home and kick his dog” concept in popular fiction.

In the comics and in some on-screen adaptations, Batman is responsible– albeit accidentally- for the creation of his greatest and most murderous enemy, The Joker. In one origin story from the comics, the Batman pursues a thief nicknamed the “Red Hood” in a chemical factory. Out of fear of the Batman’s deliberately grim visage, the Red Hood stumbles and falls into a vat of chemicals, scarring his face in a peculiar way. His mind already fragile, this anonymous individual suffers a psychotic break, and is transformed into the mass-murdering, serial killing, playing-card themed Clown Prince of Crime, The Joker.

So, in his efforts to foil a minor crime- a robbery- The Batman unwittingly created a far worse criminal, one who has racked up an estimable death-toll over the decades that his exploits have appeared in the pages of Batman comics.

Ignore the rather aimless Anime adaptation of Ursula LeGuin’s Earthsea stories, this novel was perhaps the best- though one of the most difficult to get into and appreciate- of LeGuin’s fantasy novels.

In this novel, the most powerful wizard in all Earthsea, the Archmage Ged, recalls that he once defeated and humiliated a rival mage, Cob. Ged’s rage was sparked when he found that Cob was raising the shades of the honoured dead for money.

He dragged his rival to the land of the dead and back again to teach him a lesson… and many years later, during the events of the novel, it emerges that the lesson Cob took from this experience was not that “he was a bad man who shouldn’t attempt to resurrect the dead”… rather the lesson he took from it was that he wasn’t powerful enough to defeat his rivals nor to cheat death itself. By the time of the events of the novel, Cob has become almost as powerful as Ged, and has successfully- albeit foolishly- opened a rip in the fabric of dimensions between the land of the living and the realm of the dead, with dire consequences for the living.

If Ged hadn’t once decided to punish a powerful rival for his (perceived) misdeeds… would that rival have gone on to commit such mammoth crimes against the universe and cause such damage to the denizens of Earthsea… and to the Archmage himself? Probably not.

Harmless wannabe-cattleman Clint Eastwood is set upon by a lynch mob at the beginning of this classic western, and is hanged for being a murderer and a cattle-rustler. Problem is, Clint bought the cattle fair and square from the actual murderer, and is completely innocent.

Clint doesn’t die from the hanging, of course. He survives and- possessed by a singular thirst for vengeance- becomes a state-sanctioned bounty-hunter and extra-judicial executioner.

The important thing about this last example isn’t the unoriginal content, it’s that while Clint is the firmly the (anti) hero of the piece, the lynch mob who created him all thought of themselves as the heroes. They thought they were avenging a dreadful atrocity. Righting a wrong. The problem wasn’t that they were operating outside the law (Eastwood’s character operates just as murderously, whether or not he’s sanctioned by the judiciary, or a state), the problem was that they thought they were in the right.

No, *I* am Daniel LaRusso

And YOU think you’re the hero of the movie too. And you could be just as wrong as those guys.

In fact, you are wrong. Hate to break it to you.

By indulging the delusion that we’re the heroes of the movie; that we have the right and moral imprimatur to dole out punishment for perceived transgressions in the form of defeating another person in single combat… we merely pass on the mantle of “aggrieved hero” to the person we’ve beaten. Like a virus. We see ourselves as Daniel LaRusso in the Karate Kid, a righteous do-gooder under attack. But when we’ve beaten the person who has “attacked” us? *They* then think of themselves as Daniel LaRusso, a righteous and downtrodden individual who has a moral imperative to get even with his abuser (you).

And if you’re not around to get even with? The dog gets kicked. Or the wife gets beaten. Or the harmless bystander three weeks later… who is weaker than the person you defeated… gets the knife in the chest. Because to the monster you helped to create, the dog was the villain. The wife was the villain. The bystander was the villain. And old Daniel LaRusso was merely crane-kicking the unrighteous, yet again.

Would the world have been a better place if you had decided to take the beating yourself, instead? A responsible martial artist should at least ask themselves this question, and others. Like:

“Am I defending myself against this person, or am I actually consenting to combat?”

“Is my desire to punish this person for their transgressions (as I perceive them) driving me to escalate this situation?”

“Through my attitude and actions, am I injecting more violence into the world, or reducing it?

So to paraphrase LeGuin, whenever you act, or choose not to act, make sure that you are doing only what you must do, and in the only way it can be done, remembering that great evils can stem from actions and inactions that seem good to you at this point, whether you anticipate them or not.

Whether you’re ever aware of them, or not.